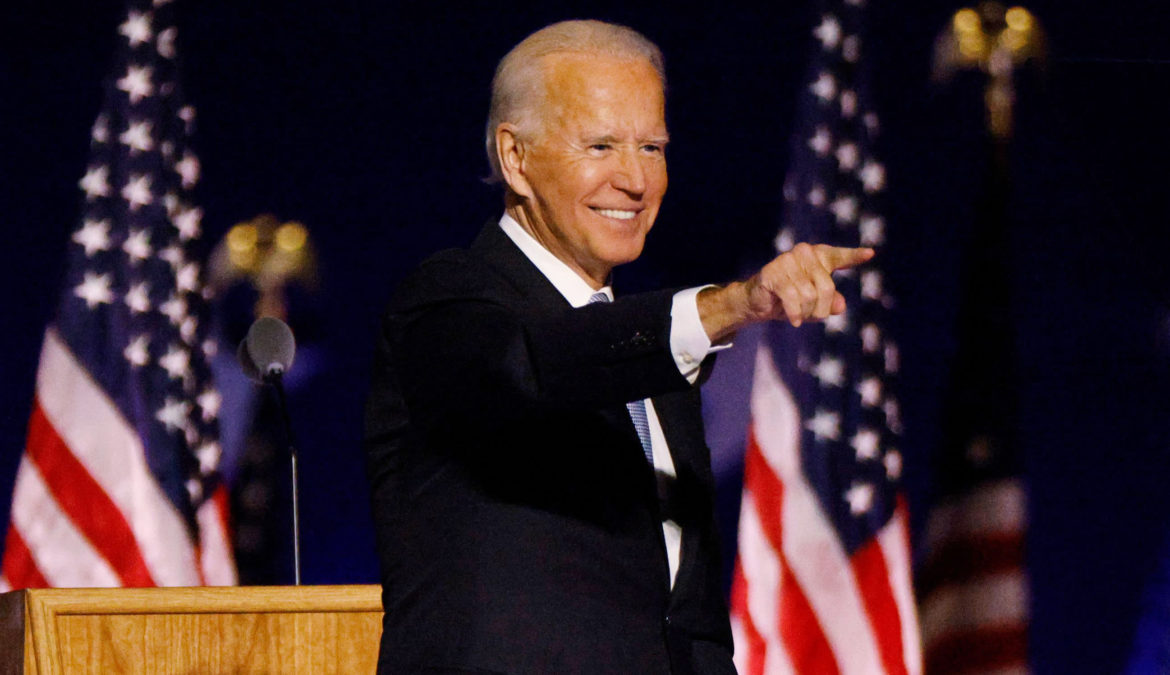 Joe Biden’s victory in the presidential race sets the stage for the former vice president to implement sweeping environmental policy changes. But his planned agenda will likely be muted by what now looks to be a divided Congress, with a Republican-led Senate and a diminished Democratic majority in the House.

In the near term, Biden is expected to push for a broad economic stimulus plan shortly after he takes office in January, presenting opportunities for NRECA to secure more pandemic relief for co-ops and their consumer-members.

“Vice President Biden has been clear that the two most important things facing our country are health care, especially related to the pandemic, and the economy. We agree,” said NRECA CEO Jim Matheson. “We are focused on supporting our members in the development of the next COVID relief package, including RUS loan refinancing, shortfalls caused by nonpayment of bills and protecting those consumer-members who are least able to pay their bills.”

Senate Majority Leader Mitch McConnell, R-Ky., said he wants to move another economic stimulus package before the end of the year.

Matheson said NRECA will work with bipartisan champions in Congress to pass the Flexible Financing for Rural America Act, which could save co-ops more than $10 billion by allowing them to reprice loans from the Rural Utilities Service at current low interest rates. The bill would waive any prepayment penalties normally associated with refinancing.

“Our priorities remain the same: to protect the interests of America’s electric cooperatives and to ensure government doesn’t get in the way of affordable, reliable power,” he said.

Over the longer term, electric co-ops will work to shape a $2 trillion plan Biden campaigned on that would eliminate carbon dioxide emissions from the electric power sector by 2035 and replace fossil fuels with zero-emission sources such as wind, solar, nuclear, hydropower and biomass. The divided Congress could affect how aggressively the incoming administration pursues these goals.

“The vice president has put forward principles, but the details really matter,” said Louis Finkel, NRECA’s senior vice president for government affairs. “And as those details emerge, we will evaluate them based on the tenets of affordability, reliability and resiliency.”

Biden has also touted the need to pass a comprehensive infrastructure spending bill to rebuild the nation’s aging highways and bridges and invest in public transportation and electric vehicle charging stations. He is pushing for rural broadband deployment as part of that plan.

“Our long-standing approach—to work in a bipartisan fashion with lawmakers—is going to continue to be important,” Matheson said. “Regardless of who is in control of the Congress, we feel good about the champions that we’ve worked with on both sides of the aisle. No piece of legislation we’ve ever championed has been partisan, and we will continue to work with Republicans and Democrats alike.” 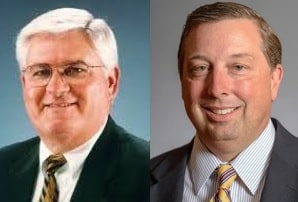 Kentucky Electric Cooperatives President & CEO Chris Perry teamed up with Kentucky Farm Bureau President Mark Haney on the following op-ed that appeared in newspapers and websites across the commonwealth:

In communities across the country, children are taught from a young age about the importance of getting out on Election Day and voting. The right to vote is the cornerstone of any democracy and an important tool for making our voices heard in the political process.

These days, with partisanship reaching record highs, it’s easy to want to tune out the political talk and focus on our families and life at home. But we must stay engaged and take the time to ensure we are informed. From expansion of broadband across rural Kentucky to the crafting of future Farm Bills to determining tax rates in local towns — those elected on Nov. 3 will make decisions that have everyday impacts on rural Kentuckians.

Yes, you heard that right: the people we elect on Nov. 3 will make decisions that impact our daily lives. Voting really is that important!

And to be clear, exercising the right to vote doesn’t begin at the ballot box. In the weeks leading up to an election, it’s our responsibility to be informed about the issues at hand and the candidates’ position on those issues.

As organizations that operate throughout the commonwealth, Kentucky Electric Cooperatives and Kentucky Farm Bureau understand the issues rural Kentuckians face and are committed to making life better for the individuals and communities we serve. Voting has always been and continues to be a critical part of the equation.

Each election cycle, Kentucky Farm Bureau hosts candidate forums on every level — from U.S. Senate to local races — to ensure our members know exactly where candidates stand on rural issues. KFB is a grassroots organization, and we know that informed voters making their voice heard via elections is of utmost importance.

Since 2016, Kentucky Electric Cooperatives has operated “Co-ops Vote,” a partnership with the Kentucky Secretary of State’s office that encourages rural voices to make sure their voices are heard in the commonwealth’s primary and general elections. We also regularly ask candidates their position on issues that impact our members and publish their responses in our flagship publication, Kentucky Living.

Whether you are involved with our organizations or not, you owe it to yourself, your family, and your neighbors to take some time to learn about your candidates and weigh in on what’s important to rural Kentucky.

With new protocols in place to minimize the spread of COVID-19, voting in 2020 is sure to look and feel a bit different than in years past. Instead of heading to your polling place on Election Day, you may be mailing in your ballot or opting to vote early. The good news is, with so many options, voting has never been easier or more accessible.

If there’s one thing we’ve learned from this unpredictable and difficult year, it’s that we should never take anything for granted. That includes our shared responsibility to vote, even if your choice is different than your neighbor’s.

Please join us and your fellow Kentuckians in casting your ballot this election season — rural Kentucky is depending on you! 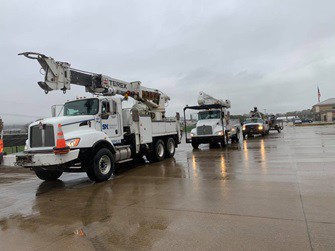 Nearly 50 employees from six electric cooperatives in Kentucky are deploying to three sister co-ops in northern Georgia that requested their help.

Carroll EMC (Nolin RECC and South Kentucky RECC)
• The co-op’s infrastructure sustained extensive damage including broken poles and downed lines when wind gusts exceeding 60 mph met saturated ground. “We haven’t had damage like this since Hurricane Opal in 1995,” said Chief Operating Officer Jerome Johnston. “In many areas, it is like a completely new construction job.”

Amicalola EMC (Farmers RECC, Warren RECC and Kenergy)
• Extremely high winds and heavy rain crashed through the co-op’s service area early Thursday, knocking out power to more than 38,000 Amicalola EMC members. Outages are being reported in all ten counties served by the co-op. A substantial number of trees are down in every county, with a high number falling across power lines, bringing the lines and power poles down with them.

GreyStone Power (West Kentucky RECC and Nolin RECC)
• About 33,000 consumer-members are without service. “We are grateful for the help and look forward to having their knowledge, experience and commitment to the cooperative difference helping us out,” the co-op posted on social media.

“This has been an especially difficult hurricane season for our fellow cooperatives in the southeastern United States,” said Chris Perry, President and CEO of Kentucky Electric Cooperatives. “We are praying for them and for the safety of everyone assisting. By responding to natural disasters in other states, Kentucky co-op crews gain invaluable experience to ultimately help them respond to outages here at home.”

In addition, United Utility Supply Cooperative is responding to power restoration needs for co-ops affected by Zeta across the region. The Kentucky-based co-op has implemented its storm emergency plan, providing round-the-clock support to meet the material needs of co-ops.