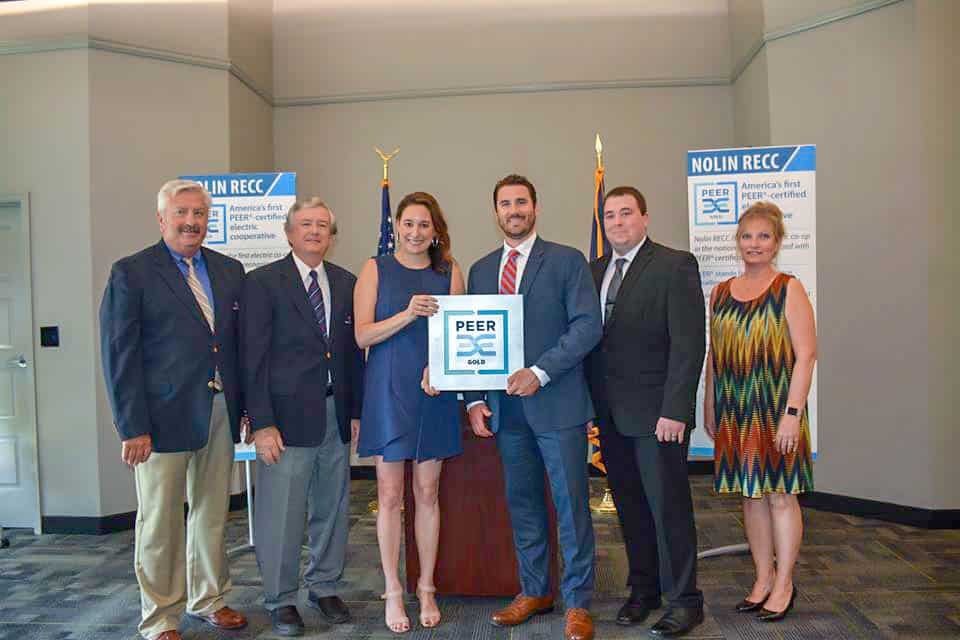 Nolin RECC is proud to announce our recognition as the first electric cooperative in the nation to meet standards of service and efficiency required for the Performance Excellence in Electricity Renewal (PEER*) award. The PEER Gold Certification was presented to Nolin June 26th by the U.S. Green Building Council. 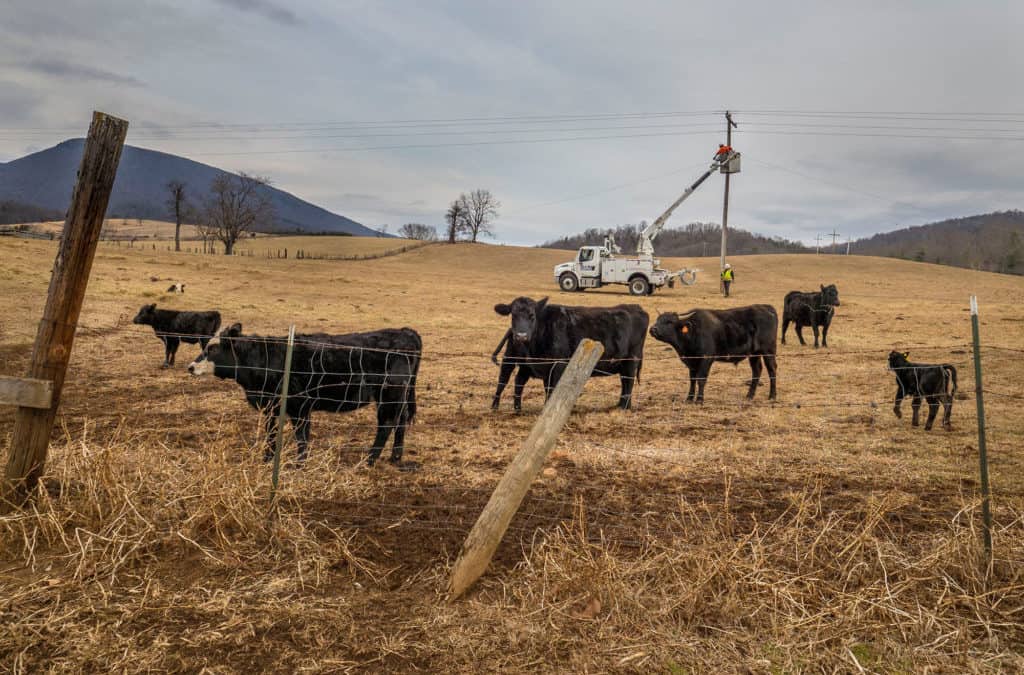 Kentucky’s electric cooperatives are expressing concern with a provision in the Senate Farm Bill which would radically alter the current rural electrification funding program and likely lead to increased costs and uncertainty for co-op consumers across Kentucky.

The bill passed by the Senate on Thursday includes a provision that would retroactively change the rules of the Rural Utilities Service Electric Loan program, one of the most successful infrastructure development programs across the federal government.

However, the Senate-passed Farm Bill would retroactively reduce interest rates on these funds, altering existing agreements.

“Kentucky’s electric cooperatives count on the ‘cushion of credit’ in the RUS program for greater certainty to the federal government that loans will be repaid, particularly in the event of disasters or other unforeseen disruptions that can negatively impact a co-op’s cash flow,” explained Chris Perry, president of the Kentucky Association of Electric Cooperatives.

As the House version of the Farm Bill does not adversely affect the RUS program, Kentucky co-ops urge lawmakers to implement significant changes in conference as they work to develop a Farm Bill that can be supported by the 1.5 million Kentuckians and 42 million Americans who benefit from safe, reliable and affordable service of electric cooperatives. 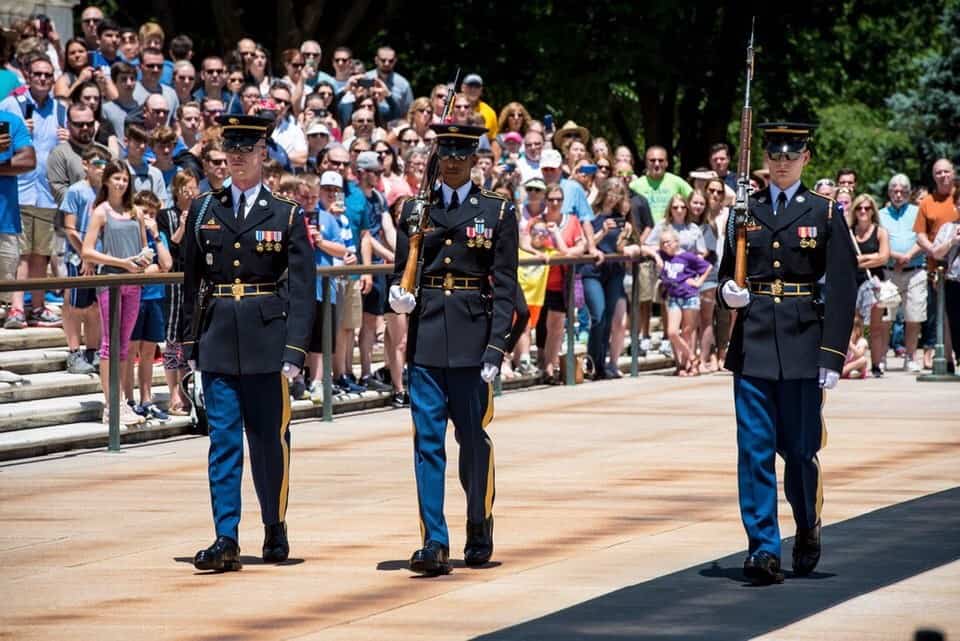 Meade County High School’s Evan Smiley is one of 90 high school seniors from Kentucky participating in the Washington Youth Tour, an annual program of America’s Electric Cooperatives. KAEC is proud to share their stories.

Courage. By definition it means, “the ability to do something that frightens one.” But to our nation’s greatest heroes, courage is much more than that. Courage is going above the call of duty and serving in one of our country’s gruesome wars and served as leaders not just in their battalions, but for their communities and their country. Many of these heroes gave the greatest sacrifice to prepare, preserve, and protect the rights of every American.

See more photos of the Washington Youth Tour and a video of the students at Arlington on KentuckyLiving.com

On June 12, 90 high school seniors and 15 chaperones representing Kentucky’s electric cooperatives on the Washington Youth Tour witnessed a testament to that courage at Arlington National Cemetery – the United States’ most sacred memorial ground. Participants toured the roughly 562 acres where 420,000 fallen soldiers are entombed, dating back as far as 1864.

Youth tour delegates are rising high school seniors selected for their academic performance, social involvement, and personalities. The Kentucky Association of Electric Cooperatives (KAEC) has coordinated the tour for Kentucky co-ops since 1972, when 18 students and four chaperones made the trip. In all, the more than 1,800 delegates from across rural America are in Washington, D.C. to learn about the political process, interact with elected officials and gain an up-close understanding of American history.

For many participants, including myself, Arlington is the final resting place of close relatives and friends. Therefore, when the opportunity presented itself to visit the gravesites of these loved ones, participants were eager to pay their respects. Arlington even provides a smartphone app known as “ANC Explorer” that allows the user to identify the exact location and directions to a particular grave. A shuttle guided tour allows visitors to explore an area and simply “hop on” the next shuttle. Sometimes, the shuttles are delayed by funeral processions which average 20-30 every weekday and ten on Saturdays.

Arlington National Cemetery has a unique history that involves many historical figures. The land was once a plantation owned by the adopted grandson of President George Washington, whose daughter married the Confederate General Robert E. Lee. During the Civil War, the Lee’s abandoned Arlington House to fight in the war. Meanwhile, the Union Army used it as a headquarters. Arlington House overlooks the great national cemetery and serves as a memorial for Lee. Many great figures have visited and admired the home. President John F. Kennedy stated that he loved the view from Arlington House that he could stay there forever. Just eight months later, he was assassinated and was laid to rest in Arlington.

Kennedy isn’t the only President buried at Arlington, however. President William Howard Taft also wanted his final resting place to be there, joining the long list of great leaders and patriots within the hallowed grounds.

Arlington is home to one of the most solemn places of United States History – the Tomb of the Unknown Soldier. The tomb is guarded 24 hours a day, 365 days a year despite any weather conditions. Participants of the youth tour were able to witness the legendary changing of the guard. Two of Kentucky’s youth tour delegates, James Shaddox and Tori Drew, placed a wreath on the tomb on behalf of Kentucky’s electric cooperatives. Many participants said this was their favorite part of the entire tour of Washington DC. The Tomb of the Unknown Soldier is one of many memorials at the cemetery including the Coast Guard Memorial, Chaplains’ Hill, and the Space Shuttle Challenger Memorial.

Arlington National Cemetery is a treasured part of the youth tour itinerary, a place of courage and honor for our country’s finest men and women.

One of the great traditions of Kentucky’s electric cooperatives is unfolding again in 2018 as 90 high school seniors and 15 chaperones have begun this year’s Washington Youth Tour.

Students boarded buses at Kentucky’s local electric co-ops Friday morning, ultimately rallying at the Clark County Extension Office for lunch and orientation before heading to Charleston, West Virginia for the night. On Saturday, the students are touring Thomas Jefferson’s home, Monticello, before making their way to the nation’s capital.

“We have had a very smooth start,” says Mary Beth Dennis of the Kentucky Association of Electric Cooperatives, the coordinator of the trip. “The first two days are always an exciting time for us because we get to watch the students start to come out of their shells and form friendships, friendships we hope last a lifetime.”

KAEChas been coordinating the tour for Kentucky co-ops since 1972, when 18 students and four chaperones made the trip.

The students join more than 1,800 of rural America’s best and brightest high-schoolers who will visit Washington, D.C. to learn about the political process, interact with elected officials and gain an up-close understanding of American history.

Now in its 53rdyear, the Electric Cooperative Youth Tour is a weeklongprogram that includes Youth Day on June 11, a spirited gathering of young delegates and featured speakers.

One of the first orders of business for the Kentucky delegation will be electing its representative on the Youth Leadership Council, a yearlong appointment to represent Kentucky electric cooperatives on the national and state level.

“Throughout the Youth Tour, I made memories and friendships that I will carry with me for the rest of my life,” Wade says. “And I am beyond grateful to share this experience with other cooperatives across Kentucky.”

Local electric cooperatives set their own criteria to select which students they will sponsor on the all-expenses-paid trip.

“It is an investment in our co-op youth and the future of the co-ops themselves,” says Chris Perry, KAECpresident. “We are so proud of these students. They impress us with their passion for their communities and our nation, and they give us hope for the future.”