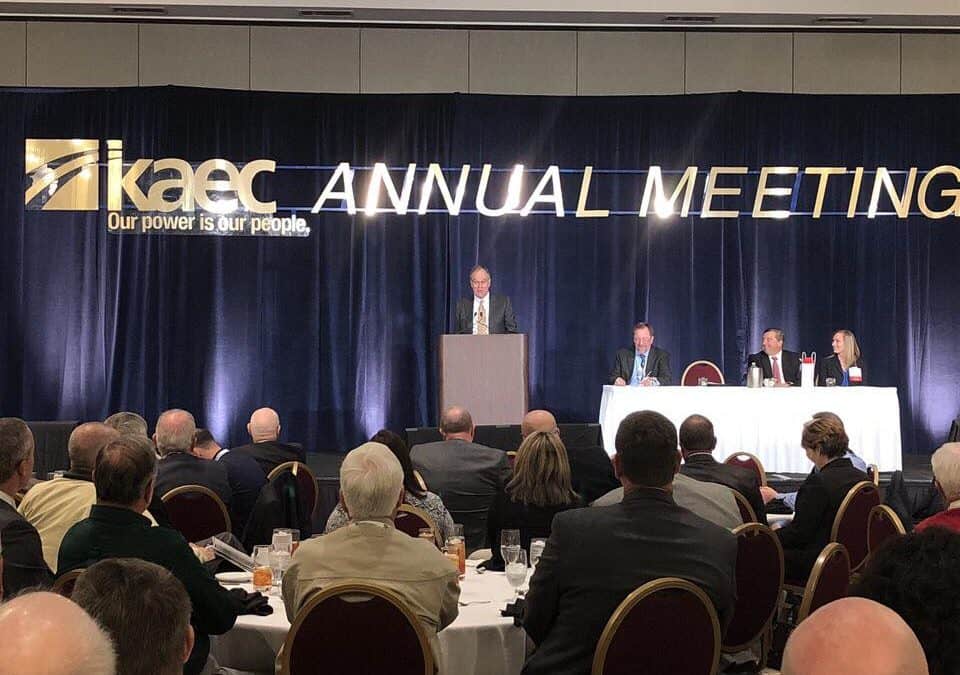 A high-caliber line-up of the 71st Annual Meeting of the Kentucky Association of Electric Cooperatives lived up to the meeting’s “Kentucky Strong” theme, as top industry leaders joined Kentucky Governor Matt Bevin and Kentucky Hall of Fame journalist Byron Crawford addressing co-op leaders from across Kentucky.

In his remarks at the closing breakfast, Governor Bevin likened his rural roots to those of co-op members, encouraging Kentucky’s electric cooperatives to be part of an economic transformation of Kentucky.

“Even as a kid I saw that opportunity came when people were incentivized to invest. So, what can we do as a state, what can I do now as a governor to help create an environment in which people will come here and invest? That’s essentially what I’m challenged with doing every day.”

“Evaluate, elevate and execute,” Perry said, recalling his preparation and dedication to win a golf tournament in his home county.  Ball markers with the KAEC logo were distributed to attendees as a keepsake of the event.

Perry reflected on the priorities of KAEC’s Board of Directors:

“I must stress the importance of our coordinated engagement,” Perry said. “Our strength and success comes from the relationships you have and the consistent message that our team delivers to our congressional delegation.”

Saying that safety is a foundation for an electric utility, Perry complimented the performance of KAEC’s Safety and Loss Prevention team, stressing that all co-ops need to recommit themselves to a safety culture.

Perry highlighted the transformation of KAEC in every department, including the success of transitioning from a manufacturing model to a distribution model with KAEC’s United Utility Supply Cooperative reporting significant cost savings and business for its members and customers.

“This new facility will improve our financial condition,” Perry said. “It will boost morale, improve our image and provide a location to train and educate board members and cooperative employees.”

The Annual Membership Meeting was conducted by the KAEC board of directors, Chairman, David Kimbell. Mark Stallons, Vice Chairman of the KAEC Board, conducted a roll call of the voting delegates, and the 2018 KAEC Board of Directors were instated. They are as follows:

The official KAEC board meeting was also conducted by the KAEC Board of Directors, led by Chairman David Kimbell. Regional Power Supply reports were given by Lindsay Durbin, Big Rivers Electric, Mike McNalley, East Kentucky Power and Ernie Peterson, TVA.

Among dinner guests at the annual meeting banquet on Monday night were Kentucky’s Agriculture Commissioner, Ryan Quarles, and  the Secretary of the Kentucky Energy and Environment Cabinet, Charles Snavely.

In his remarks following a tribute video recognizing him as the 2017 Distinguished Rural Kentuckian, legendary writer and broadcaster Byron Crawford expressed gratitude.

“What an honor it is for you to have presented me with this award, and to know some of the people whom you have selected for that award since giving it to Jesse Stuart (in its first year of existence),” Crawford said. “I’m reminded of something Jesse Stuart said that I’ve always loved. He said, ‘If the United States is a body, surely Kentucky is its heart.’ What a pleasure, we’re so fortunate to live in the heart of the U.S.” 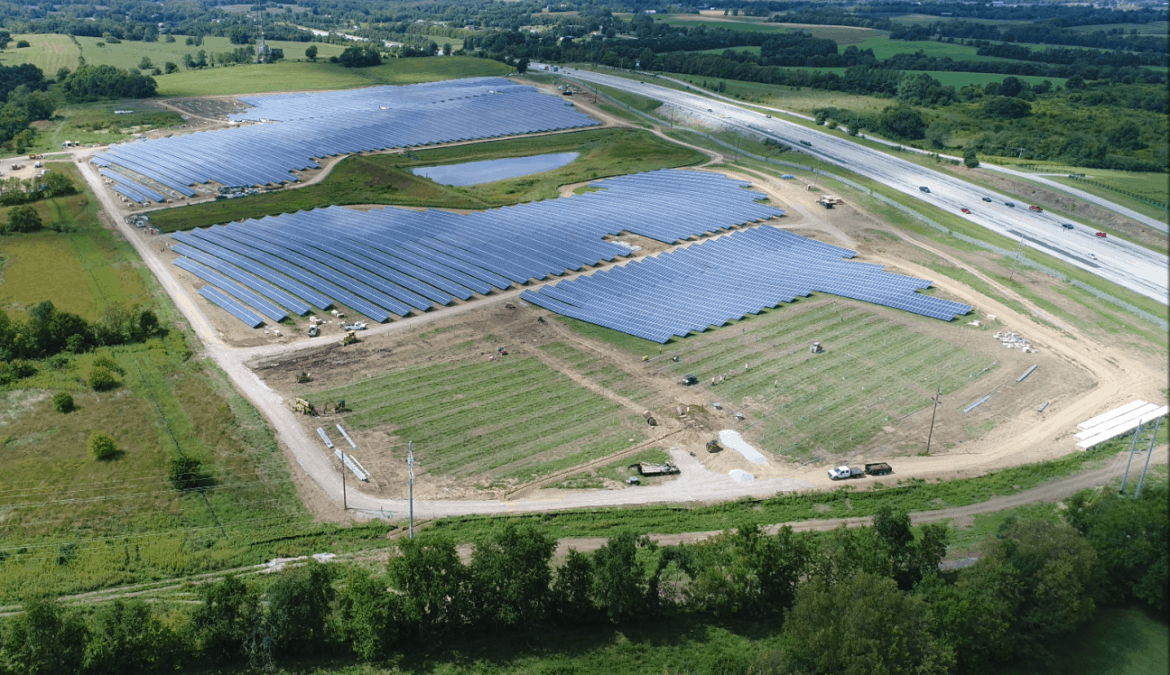 “Co-op members have asked our electric cooperatives to provide options for clean, renewable energy. Today, this solar farm officially begins producing energy fueled by the sun,” said Joe Spalding, board chairman of East Kentucky Power Cooperative (EKPC), which will operate the solar farm. He is a member of Inter-County Energy Cooperative.

Members of the 16 electric cooperatives that make up Kentucky’s Touchstone Energy Cooperatives can participate by licensing solar panels. For a one-time payment of $460 per panel, participating members will receive a 25-year license and they will get credit on their monthly power bills for the value of the energy generated by their share of the solar farm.

Cooperative Solar Farm One features 32,300 solar panels capable of producing up to 8.5 megawatts of electricity, enough to provide all the power needs for approximately 1,000 typical homes.

“This is truly a milestone for our electric cooperatives,” said Anthony “Tony” Campbell, President & CEO of EKPC. “This is the beginning of a new era. We are making and delivering energy from the sun. “

To learn more, and to sign up to participate, visit www.CooperativeSolar.com.