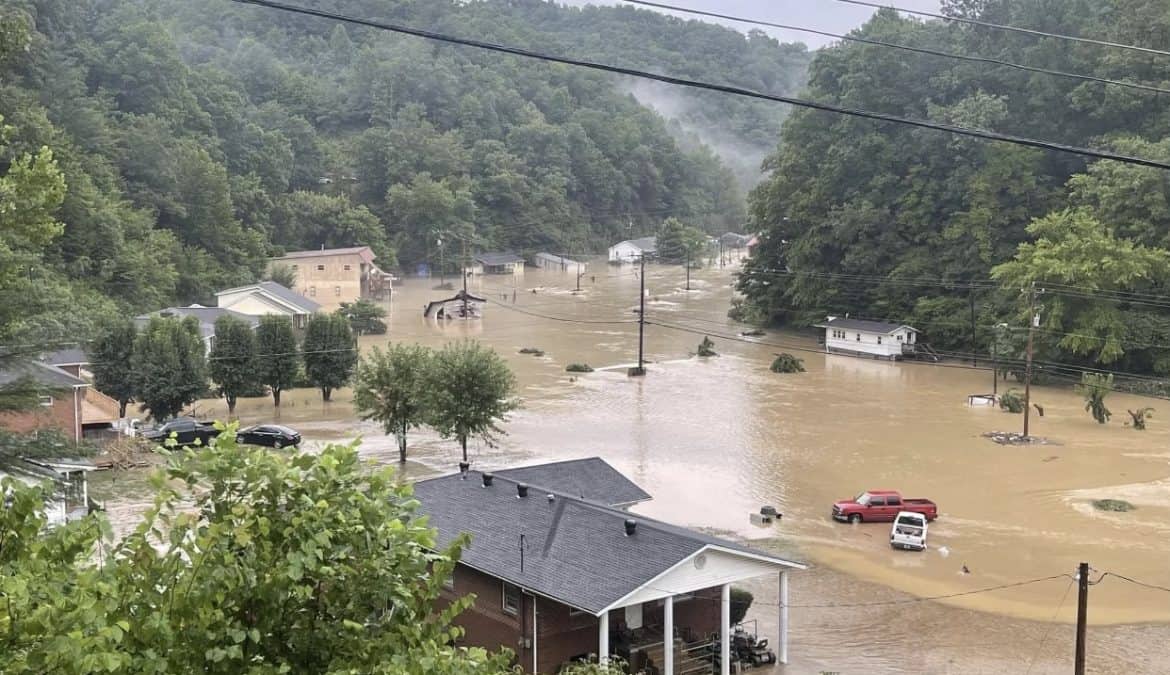 North Carolina’s electric cooperatives have joined together to support co-op communities in Kentucky affected by recent flooding. In late July, portions of eastern Kentucky were struck by torrential rainfall and devastating floods that led to the destruction of homes, businesses and livelihoods. At least 39 people have died as a result of the historic flooding, and two women remain missing. Thousands of people lost their homes, and it remains to be seen how many businesses and jobs will be restored.

In response to this disaster, North Carolina’s electric cooperatives activated the Human Connections Fund to provide needed support to people and communities impacted. Electric cooperatives and co-op employees from across North Carolina made generous donations to aid relief efforts, raising a total of $20,205 to assist communities and families impacted by the flooding.

“The long-term recovery from the flooding devastation in eastern Kentucky is going to need a lot of assistance” said Chris Perry, president and CEO of Kentucky Electric Cooperatives. “We are humbled but not surprised by the generosity and leadership of North Carolina’s electric cooperatives who immediately stepped up to help their co-op family in this critical time Kentucky’s electric cooperatives enjoy a long and sincere friendship with our counterparts in the Tarheel State, from mutual aid after disasters to advocacy for the members we serve. When I think of the co-op spirit of North Carolina’s electric cooperatives, I am reminded of their state motto: To be, rather than to seem. Thank you for being there for Kentucky.”

“In times of crisis, co-ops and their employees always step up to assist our neighbors,” said Nelle Hotchkiss, senior vice president and COO of association services for North Carolina’s Electric Cooperatives. “Whether it’s through sending line crews to assist in outage restoration efforts or donations to local charities and non-profits, the cooperatives’ focus on community and the power of human connections shines when their members need it most.”

The Human Connections Fund was established in December 2005 and gives North Carolina electric cooperatives and their employees the ability to assist sister cooperatives and their members in times of need. The initiative has previously provided donations to those affected by severe storms, hurricanes and other disasters here at home and throughout the country.