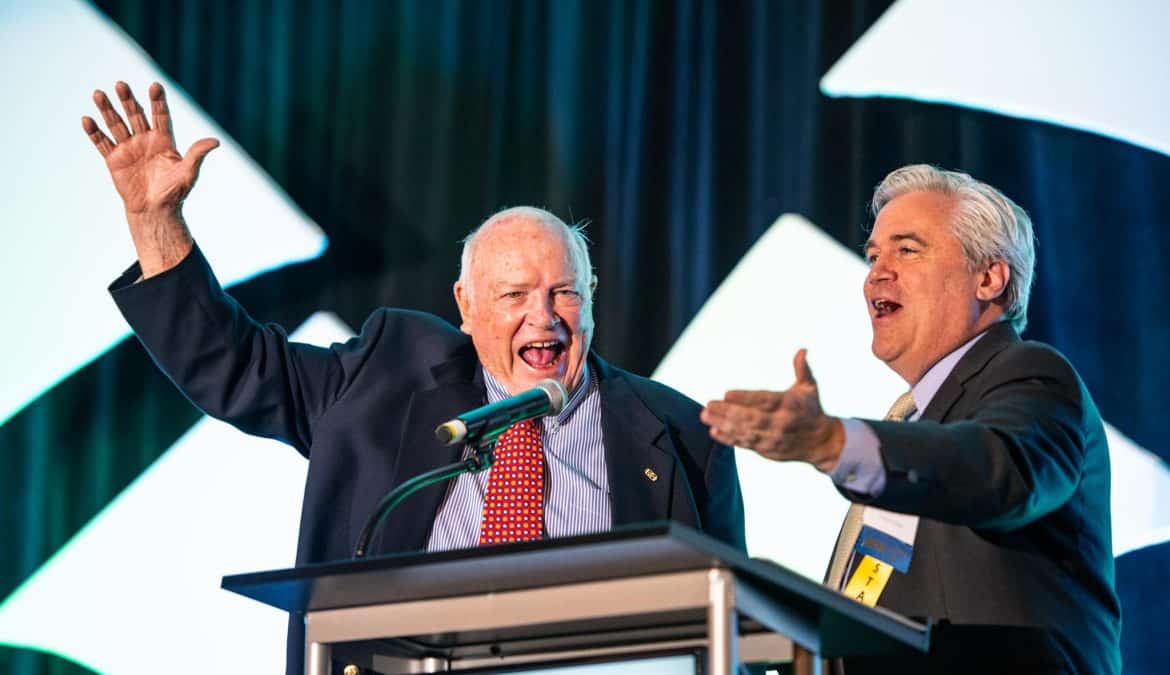 LOUISVILLE, Ky. (August 17, 2022) – Kentucky’s electric cooperatives honored Allen Purnell as the 2022 Distinguished Rural Kentuckian. Purnell of “Old Folks” Country Sausage has been making “gooo-od” sausage in Simpsonville for more than half a century. The company has over 250 employees. The Distinguished Rural Kentuckian award is the highest honor bestowed by Kentucky’s electric cooperatives, which consists of 26 member co-ops across the Commonwealth.

“The Good Lord has been with this company,” Purnell said in an interview for the video tribute. “We’re country and proud of it! I do the best I could, and I really love what I do. It’s not hard.”

“For generations, Kentuckians have been greeted by Al with a wave and a warm ‘Hello, Friend.’ His entrepreneurial success, paired with his love for the Commonwealth he calls home, make him a wonderful choice for this year’s Distinguished Rural Kentuckian award,” said Chris Perry. “Every year, this award recognizes someone who leaves a lasting impact on Kentucky and its people. I’m proud Al ‘the Sausage Man’ Purnell is joining the ranks of our honorees.”