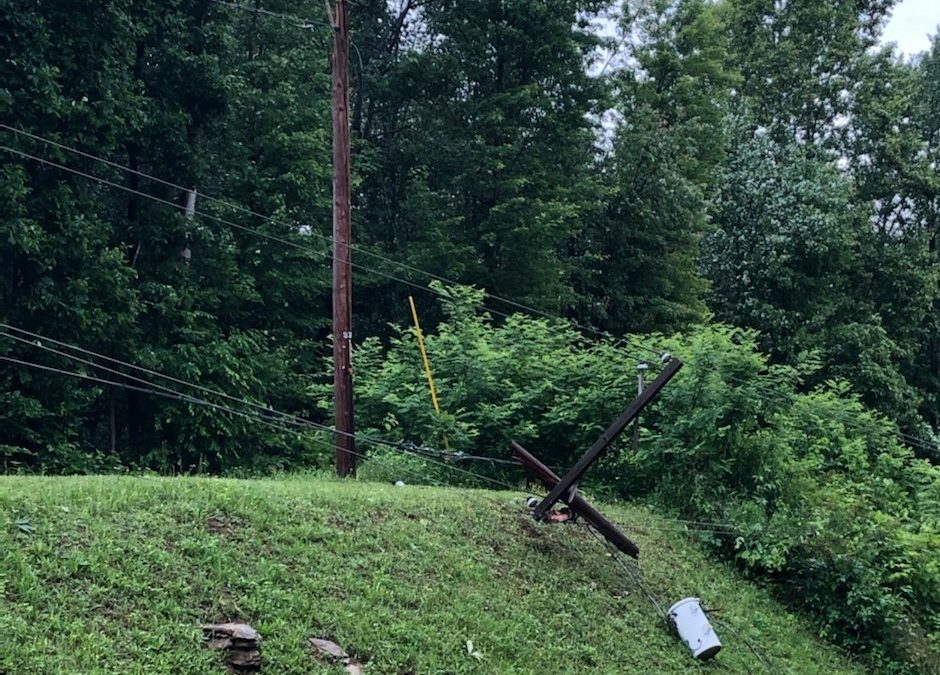 Mutual aid crews from at least five electric cooperatives in Kentucky are headed to sister cooperatives in Ohio after a strong cluster of thunderstorms Monday and Tuesday knocked out electric service to more than 300,000 people.

Kentucky-based United Utility Supply Cooperative is also assisting. The UUS warehouse in Columbus, Ohio was not damaged in the storms and is already responding to member needs.

The National Weather Service confirmed a derecho in the area with winds topping 70 mph. The storms downed hundreds of power lines and flooded roads.

Seventeen two-man crews are gearing up in Kentucky to assist with power restoration in Ohio. The 34 Kentucky line technicians are from Owen Electric, Kenergy Corp, Fleming-Mason Energy, Jackson Energy and Nolin RECC.

“Over 13,000 of our 18,000 meters are without power,” reports Holmes-Wayne Electric Cooperative in north central Ohio. “We have six substations that do not have power from our transmission supplier. A large quantity of roads are blocked. Crews have been navigating through this dangerous situation since the start of the storm. This will be a several days process to restore all power.”

“The power outages are widespread in Ohio and several other states and will require many hours of restoration,” said Chris Perry, president and CEO of Kentucky Electric Cooperatives. “With this same area also under an excessive heat warning, we understand the need to restore power as soon as possible. We are praying for our sister co-ops in the region and for the safety of everyone assisting.”

By responding to natural disasters in other states, Kentucky co-op crews gain invaluable experience to ultimately help them respond to outages here at home. Coordinated by Kentucky Electric Cooperatives, mutual aid crews from Kentucky co-ops are deployed to specific sister cooperatives who have requested their help.