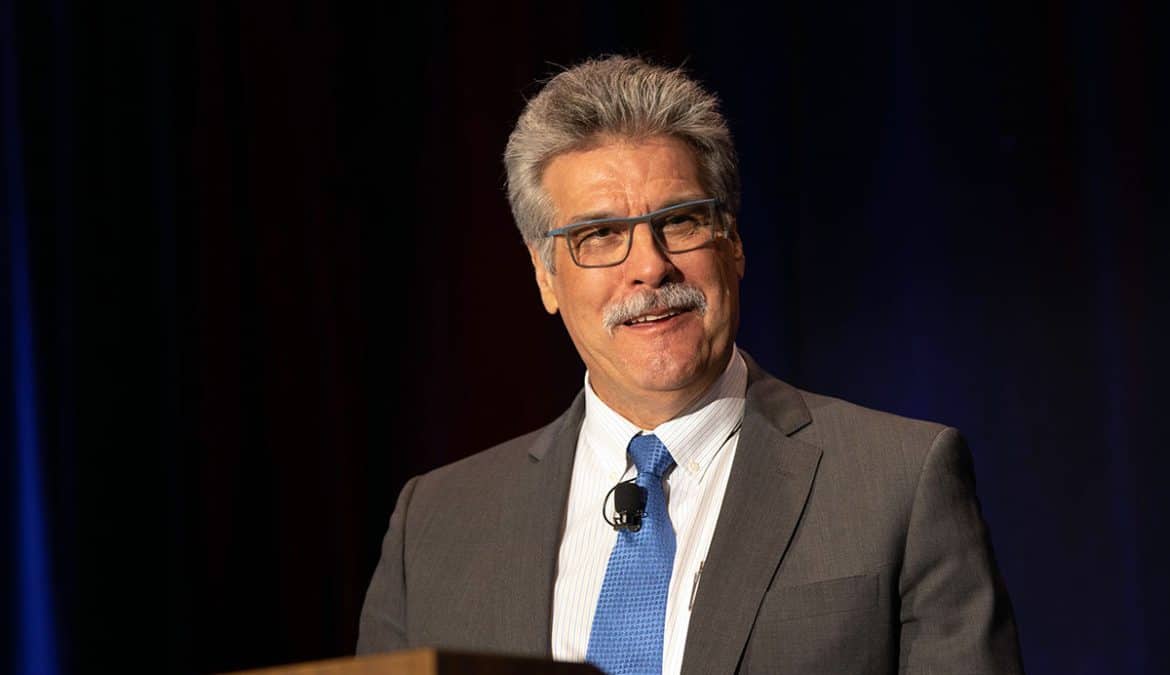 Dan Waddle, senior vice president of NRECA International, has been named to the Cooperative Hall of Fame by the Cooperative Development Foundation for his decades of leadership in bringing electricity to rural communities throughout the world.

The induction ceremony will take place Oct. 6 at the National Press Club in Washington, D.C. Waddle is one of four leaders from a variety of different types of co-ops to receive the honor for 2022.

“I’m touched by the actions of my colleagues and friends who nominated me and lobbied for this honor to be awarded to me,” Waddle said. “At the same time, I feel like this honor is really about the actions of the team that I’ve worked with for the past 30 years. I have a part in that team, but my colleagues have worked tirelessly and with as much dedication as me.”

Leaders of the nonprofit Cooperative Development Foundation said Waddle has used his knowledge and skills to help reduce poverty in developing nations. NRECA International has helped establish more than 250 electric utilities and electric co-ops in 48 countries.

“Under Dan’s leadership, NRECA International has implemented successful, sustainable, scalable rural electrification programs that improve education, health care, safety, and economic opportunities in communities across the world,” the foundation said in a statement announcing the honor.

“These cooperative ventures provide electric power to support agriculture, small and medium community enterprises, improved lighting and telecommunications for schools and health facilities, and for other public facilities including security lighting in village streets and common areas.”

Waddle and his colleagues have helped bring the benefits of the cooperative model to a host of nations, including Bangladesh, the Philippines, Costa Rica, Bolivia, Afghanistan, Uganda, Liberia, Yemen, South Sudan, Colombia and many more, the foundation noted.

“This recognition of Dan’s leadership of NRECA International and his personal commitment to global electrification is well deserved,” said NRECA CEO Jim Matheson. “He has led countless projects to bring safe, reliable and affordable electricity to communities around the globe. NRECA International has worked to bring electricity to more than 160 million people. Dan’s vision and enduring commitment has played a significant role in that success.”

Waddle said his three decades at NRECA International started out with what was supposed to be a brief one-year collaboration. After completing his doctorate degree in engineering at Texas A&M in 1987, Waddle went to work for Oak Ridge National Laboratory in Tennessee, where he managed a series of renewable energy electrification projects in Latin America and Southeast Asia.

He accepted a one-year position with NRECA International to design and lead an electrification project in Bolivia and intended to return to the lab after that.

“The first year was eye-opening to me,” Waddle said. “The needs of the people, the team we attracted, and the quality of the work made me want to continue. I extended my contract for a second year and then a third and fourth. After four years, I said, ‘OK, this is where I want to be.’ I found that’s how I wanted to spend my professional life. It’s been enormously satisfying.”

Waddle officially joined NRECA International in 1991 and said that every year since has been filled with challenges and opportunities. He has seen electrification projects spur economic development in remote areas and change people’s lives for the better.

“These projects often require a leap of faith,” Waddle said. “You can’t bank on that. It’s remarkable to me to see that the vast majority of projects over the years have been quite successful. It doesn’t happen overnight; it’s gradual. But the long-term results have been striking.”