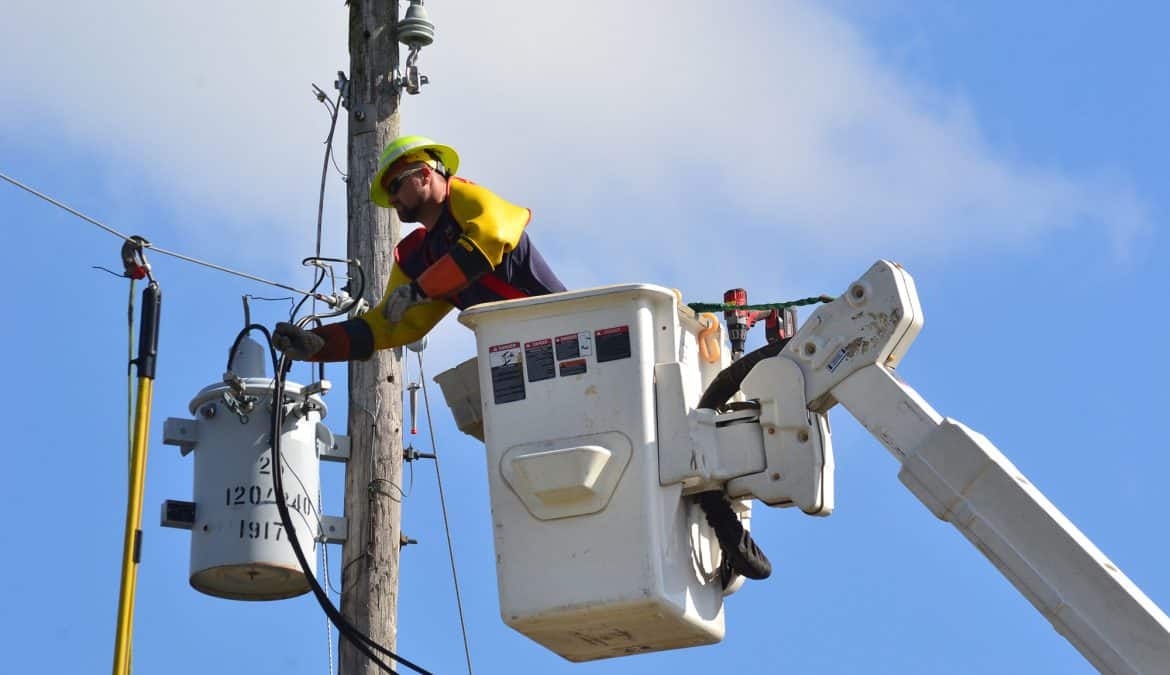 Early retirements and a desire by employees to transform their lifestyles—economic trends spurred by the COVID-19 pandemic—have made it tougher for some electric cooperatives to fill job openings.

Citizens Electric Corp. in Perryville, Missouri, recently lost about a half-dozen journeymen linemen to retirement or to private contractors that pay a bit more, offer or require large amounts of overtime and provide a chance to travel the nation building transmission lines.

“I do think the pandemic has had an impact,” said Curt Iffert, the co-op’s vice president of operations. “Some of the people who had an inclination to travel or move to a different area seized the opportunity.”

Those contractor jobs offer as much as 40 hours of lucrative overtime pay a week, which allows journeymen to earn much more than they would working a typical 40-hour week at a co-op for $80,000 to $100,000 a year, he said.

“I don’t think you’re going to do that forever,” Iffert said about the contract work. “Eventually, you’re going to burn out with that kind of lifestyle. They may opt to come back someday. But it’s going to take some time.”

The struggle to fill job openings is not confined to lineworkers.

Columbia Rural Electric Association in Walla Walla, Washington, recently got just seven applicants for a Geographic Information Systems technician. The last time the co-op advertised for a GIS tech, it had five times that many, said Manager of Engineering Grant Glaus. The job pays more than $50,000 a year.

“It just seems like there’s a big supply of jobs right now, so the demand we’re seeing from job applicants is down,” Glaus said.

High demand for warehouse workers nationwide has also had an impact on co-ops.

An entry-level warehouse job opening that pays $30 an hour attracted 20 job applicants instead of the 100 that Iffert expected.

“This is an industrywide problem that’s affecting investor-owned and public utilities, too,” he said. “I haven’t talked to anybody who is flooded with people banging on their door to be hired.”

The pandemic has also had an impact on hiring co-op CEOs and other senior staff, said Leigh Taylor, director of management services for NRECA Executive Search.

Early in the pandemic, she said, CEOs who had been thinking about moving to other co-ops turned down those opportunities because they didn’t want to leave their existing co-ops during an uncertain time.

“That loyalty was definitely a reflection of who we are as co-ops,” Taylor said.

As things got better, many CEOs who had been planning to retire in a few years opted to do it right away, creating more openings to be filled, she said. More than 225 co-op general managers and other top executives started within the last two years.

The key to finding new leaders may demand that co-op directors look beyond “a 40-year-old version of their beloved, long-serving CEO who is retiring,” Taylor said.

“I ask boards, ‘what competencies do you want in your next leader to meet the needs of your cooperative in the coming years? And if that looks different than what you’ve had before, be open to hiring someone with different skills.’”