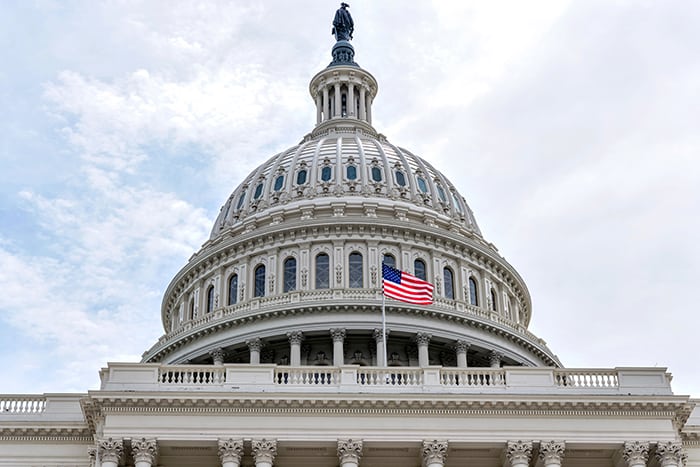 The bill must still be taken up by the House, which is in recess but could be called back to vote on the legislation.

“Investing in our energy infrastructure is vital to ensuring that electric cooperatives can continue to do what they do best: provide reliable, affordable power to 42 million Americans,” said Louis Finkel, NRECA’s senior vice president of Government Relations. “Passage of this bill is a great start. We’ll continue to work with Congress to press for more co-op priorities to be included in the bigger infrastructure packages that lawmakers are expected to take up later this year.”

The $550 billion bill does not include the Flexible Financing for Rural America Act, which would allow co-ops to save a total of more than $10 billion by repricing their existing Rural Utilities Service debt at current low interest rates without prepayment penalties. It also does not include legislation to provide co-ops with direct federal payments to develop renewable energy and battery storage projects.

Inclusion of those proposals was hampered by the absence of tax or agriculture sections. NRECA will continue to push for those two top priorities to be included in separate infrastructure legislation expected to be considered later this year.

• Broadband: Provides $65 billion to connect rural communities and low-income urban residents with high-speed internet service. This includes $42.5 billion for a broadband grant program administered by the states. Co-ops would be eligible to participate in the program, and funds could be used for deployment and mapping projects to show which communities need service most.

• Electric vehicles: Authorizes $7.5 billion for EV charging infrastructure. The money goes to the states to partner with co-ops and other businesses to create charging networks. The bill also provides $2.5 billion for zero-emission school buses. Some co-ops have partnered with local school districts to help bring electric school buses to their communities, and this money could assist those efforts.

• Wind and solar: Boosts renewable energy by providing $400 million for research and development into wind energy and $320 million for solar energy.

• Energy storage: Provides $355 million for pilot projects that explore the potential of energy storage. An additional $150 million would go toward an initiative that focuses on long-duration storage.