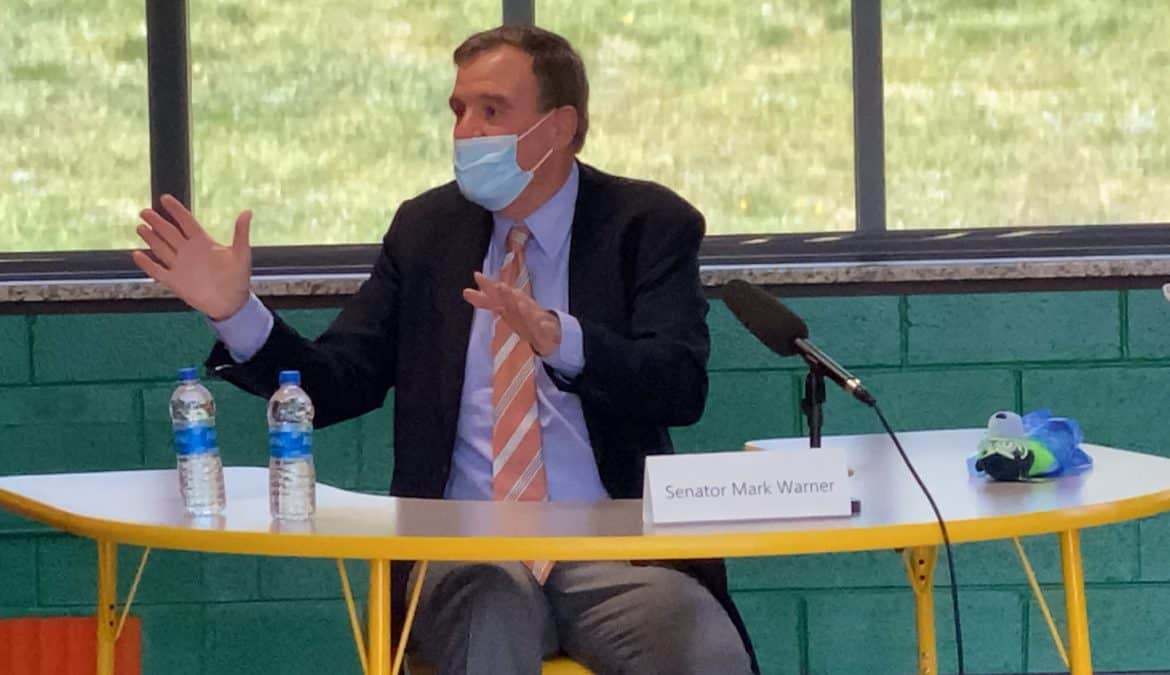 Sen. Mark Warner, D-Va., says he knows that the big internet providers don’t always deliver when it comes to broadband access in rural America, but financial help from Congress is on the way.

Warner brought that message to BARC Electric’s broadband subsidiary in the Shenandoah Valley on April 7. The former Virginia governor discussed his plan for assistance to get rural networks built.

“In many communities, the deck is stacked in favor of the incumbents, and we have not put in place, I think, the kind of programs and resources we need to incite really expanded high-speed coverage,” Warner told a roomful of co-op and local officials from the areas where BARC Connects delivers broadband.

“I commend the co-op for taking this on, and I would love to see other co-ops be as bold as you guys have been,” said Warner, who co-founded former cellular giant Nextel Communications before it merged with Sprint. “This is an area where many of the big incumbent providers, the Comcasts, the Verizons, the AT&Ts, have quite honestly not done the job they should have.”

The senator said he believes that dynamic will change with new financial resources for rural broadband in the latest federal COVID-19 relief bill signed by President Joe Biden on March 11. It allows $350 billion in recovery funds—$219 billion in state and $130 billion in local—to be applied to broadband deployment and creates a $10 billion capital projects fund for states, territories and tribal governments that includes projects enabling remote work, education and health monitoring.

The new law also sets up a $7.2 billion emergency connectivity fund at the Federal Communications Commission to close the “homework gap” by paying for internet service, hotspots and equipment at eligible schools and libraries.

“There’s no reason why the kids in Bath County [part of BARC’s territory] shouldn’t have every bit the high-speed internet connectivity as the kids in Alexandria” just outside Washington, D.C., Warner said. “This needs to be an economic justice issue.”

Local officials, school representatives and business owners, socially distanced in the co-op’s large solar learning center, talked with Warner for an hour about the challenges of getting affordable high-speed internet service throughout the region. The senator encouraged them to contact his office when encountering barriers to rapidly expand broadband connectivity to unserved areas.

“To have him take an interest in BARC and everything that we’re doing and see the progress that we’re making, it’s a tremendous honor,” said CEO Mike Keyser.  “It is clear that Senator Warner shares our passion for this issue. To have his support in overcoming the financial and operational challenges associated with rural broadband deployment means everything.”

Cathy Cash is a staff writer at NRECA.