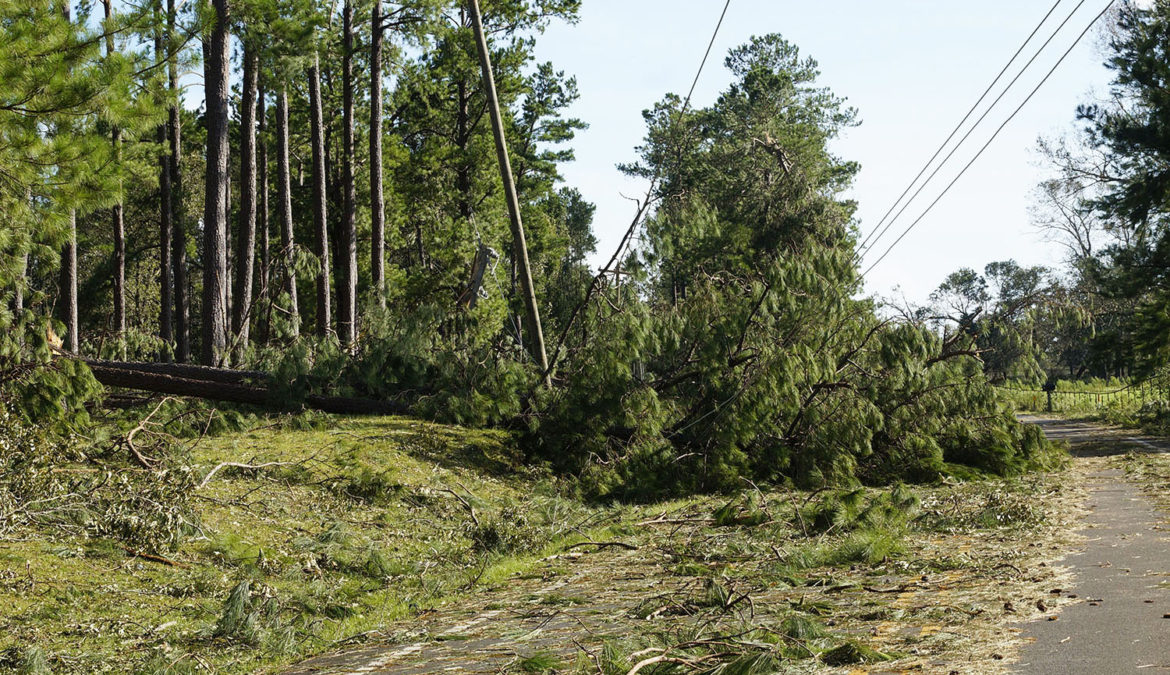 High winds, heavy rain and storm surge pummeled the service territories of dozens of co-ops during the most active hurricane season on record. Of 30 named storms, a dozen made landfall in the United States, knocking out electricity to hundreds of thousands of co-op-served homes and businesses. Some co-ops in Louisiana faced the challenges of back-to-back storms that kept visiting crews in the field for weeks.

“COVID-19 was overshadowed to a large degree by two major hurricanes hitting our service area in a few weeks’ time. A third skipped just to our east a few weeks after that,” said Mary Laurent, communications coordinator for Lafayette-based Southern Louisiana Electric Membership Corp. “Without the aid of outside co-op and contractor crews, power restoration would have been devastatingly slow, and our members would have been without power much longer—just when many were sick at home and desperately needed power.”

When a powerful derecho roared across the Northern Plains in August, Central Iowa Power Cooperative reported more than 600 transmission structures down.

“We had damaged infrastructure in 11 counties, and more than 100 of our member co-ops’ distribution substations were offline,” said Dan Burns, vice president of utility operations for the Cedar Rapids-based G&T.

With the help of volunteers from four other Midwestern G&Ts, crews worked double shifts and longer restoring power to more than 58,000 homes and businesses.

Meanwhile, out West, wildfires blackened more than 8 million acres across parts of four states and damaged the systems of co-ops serving members from the Rockies to the Pacific Coast. Four co-ops in Oregon suffered major damage on lines serving members living in remote and hard-to-access mountainous terrain.

“It’s going to be an incredible job to rebuild those systems,” said Ted Case, executive director of the Oregon Rural Electric Cooperative Association in Wilsonville.

Co-ops from more than two dozen states provided mutual aid on power restoration projects in hard-hit areas this year. Crews practiced social distancing and other pandemic mitigation measures to minimize risks during those assignments and returned to their home service territories once emergency repairs were completed. But permanent repairs and cleanup work continues in some areas, with local crews and contractors still working long hours.

“Since Aug. 27 we’ve had crews working post-hurricane repairs fore 16 hours a day, seven days a week and we’ll keep up that pace thru Dec. 15, so this is still going on for us,” said Michael Heinen, general manager of Jennings, Louisiana-based Jeff Davis Electric Cooperative, praising the grit and determination of his staff and volunteering crews. “We’re proud to be part of the rural electric family that has responded with help from across the nation,” Heinen added. “There’s no better group of people in the world.”