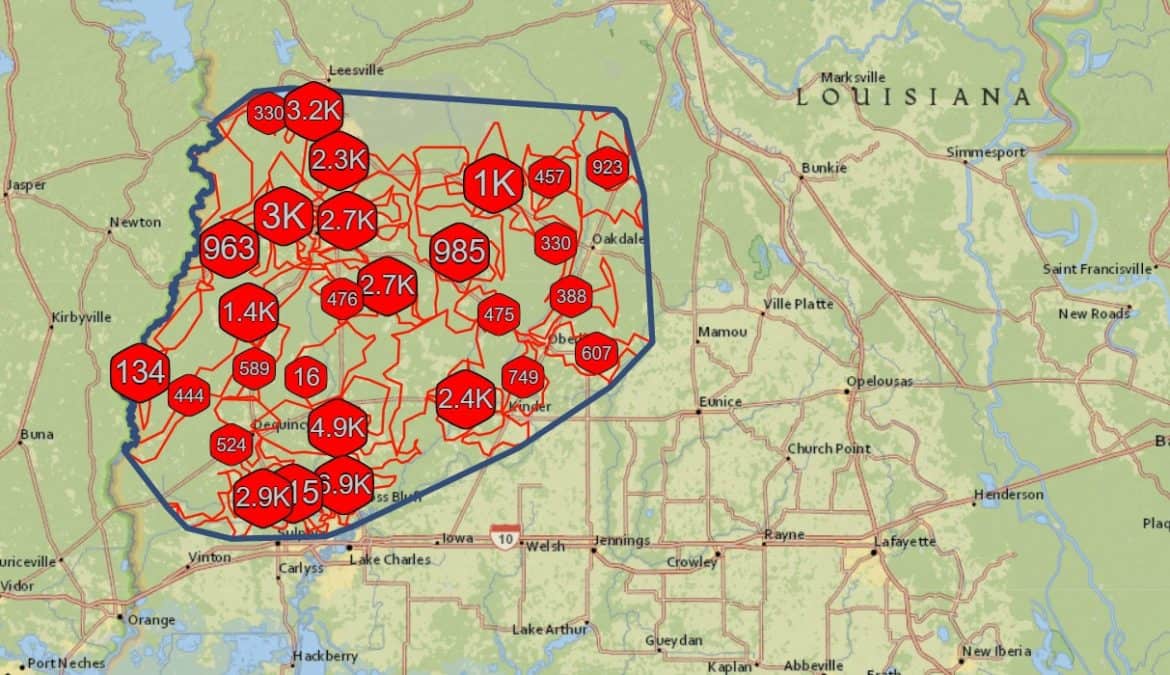 In response to a request from an electric cooperative in Louisiana, at least 70 electric co-op employees from Kentucky are joining power restoration efforts after Hurricane Delta brought even more damage to the same area devastated by Hurricane Laura in August.

Delta made landfall late Friday night as a strong Category 2 hurricane and swept through southwest Louisiana. At the peak of the storm, more than 90,000 electric co-op consumer-members across Louisiana were without electricity due to fallen wires, damaged poles, and severe flooding.

“Hurricane Delta came ashore in the already storm-torn southwest Louisiana and moved northeastward through the state, causing damage to all our ALEC member electric cooperatives’ systems,” said Association of Louisiana Electric Cooperatives (ALEC) CEO Jeff Arnold. “The Association of Louisiana Electric Cooperatives (ALEC) has once again initialized our mutual-aid network to recruit help from line workers from other states to assist in the recovery.”

The storm caused substantial damage to the infrastructure at Beauregard Electric Cooperative, where Kentucky co-op mutual aid crews are now heading. All of the co-op’s 42,648 consumer-members lost power—an event seen for only the third time in its 80-year history, including Hurricane Rita in 2005, Hurricane Laura just six weeks ago, and now Hurricane Delta.

Some of the same Kentucky co-ops that deployed crews to Hurricane Sally last month are gearing up for more hurricane relief. In September, 87 crews from twelve Kentucky electric co-ops helped restore power to a co-op in southwest Alabama.

“Our members were so supportive through Hurricane Laura, and I have confidence that we will have that support through this restoration effort as well,” said Kay Fox, vice president of marketing and member services for Beauregard Electric Cooperative. “Our crews will join forces again with other states to restore power as quickly and safely as possible.”

The top priority of each local Kentucky co-op is service to its own consumer-members.  Before committing resources to mutual aid requests, each co-op ensures it has ample crews available for all local needs, including routine maintenance and emergencies.

Through a careful coordination of mutual aid from co-ops across the Midwest and Southeast, co-op crews are assigned to specific co-ops in need of assistance. On daily conference calls, safety teams from each state assess optimal deployments.

“Even before Delta made landfall, co-op crew members in Kentucky were already communicating that they wanted to help,” said Chris Perry, President and CEO of Kentucky Electric Cooperatives. “By responding to natural disasters in other states, Kentucky co-op crews gain invaluable experience to help them respond to outages here at home. We are praying for the safety of co-op crews and the people they are helping.”