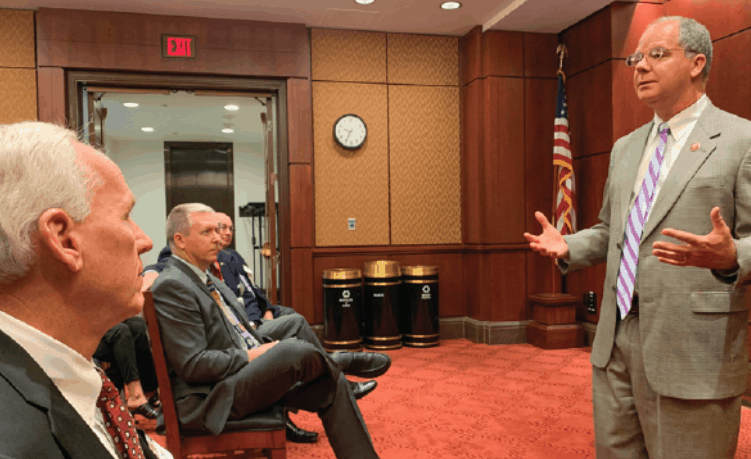 Washington politics have become so polarized that it can be tough for Democrats and Republicans to come together to tackle big challenges. But that’s exactly what happened on Capitol Hill, thanks to dedicated Kentucky lawmakers like Senate Majority Leader Mitch McConnell and U.S. Reps. John Yarmuth, Hal Rogers, Brett Guthrie, James Comer and Andy Barr.

These legislators hail from different parts of the commonwealth and represent different political parties. But each listened to the concerns of electric cooperative stakeholders who spoke up about a critical need for America’s rural communities. The 2020 spending bill they approved included a provision known as the RURAL Act (Revitalizing Underdeveloped Rural Areas and Lands Act of 2019), which solved an existential issue for electric co-ops.

Electric co-ops work to secure government grants to help pay for numerous activities that benefit the communities they serve. These include grants for storm recovery, renewable energy and economic development.

Without the passage of the RURAL Act, federal disaster aid could have jeopardized the co-ops’ tax-exempt status if they faced another weather disaster like the 2009 ice storm. Thanks to our elected leaders, Kentucky’s electric co-ops are still eligible to receive this kind of assistance.

In standing up for Kentucky’s local communities, these lawmakers proved that Congress still works for the people. Notably, the legislation drew the bipartisan support of more than 300 representatives in the House and more than half of the Senate before it was passed. That’s a rarity in Washington these days.

In today’s fast-paced society, it’s increasingly rare to pause to give thanks. That’s unfortunate.

Thank you, Sen. McConnell, and Reps. Barr, Comer, Guthrie, Rogers and Yarmuth. Thank you for looking out for rural communities across Kentucky.