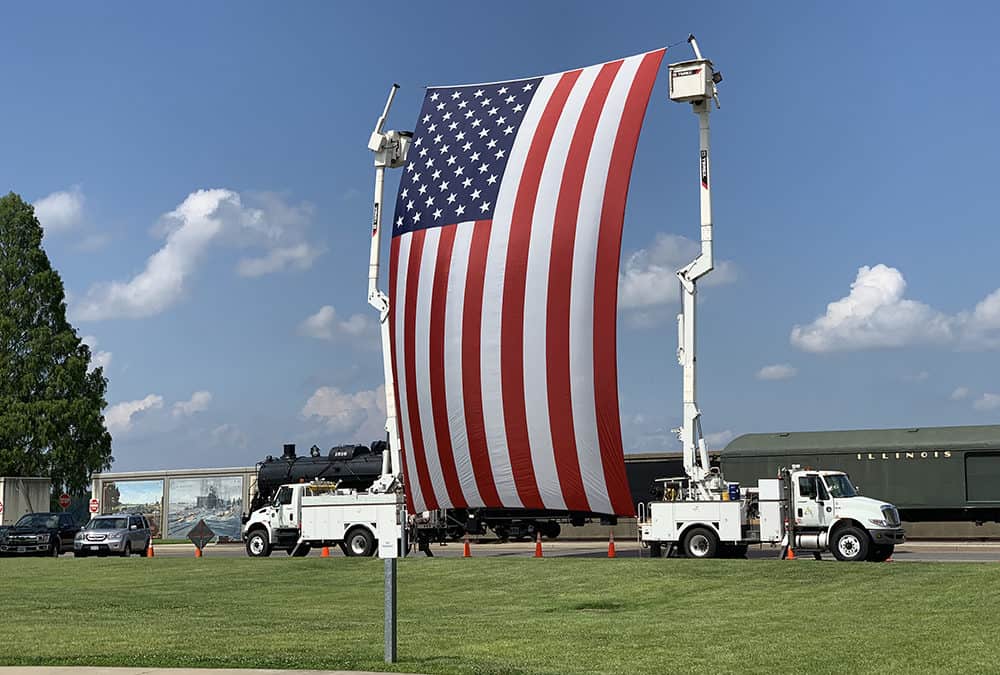 Kentucky’s electric cooperatives are urging local consumer-members in Kentucky’s rural areas to make sure that they are registered to vote and that their registration is up to date ahead of the November 5 statewide election.

Co-ops across the country are joining National Voter Registration Day efforts to create broad awareness of voter registration opportunities to reach tens of thousands of voters who may not register otherwise. The registration efforts are in addition to the Co-ops Vote initiative Kentucky co-ops launched in 2016.

Kentuckians can easily register and update their registration with GoVoteKY.com, the Commonwealth’s online voter portal. County clerks’ offices throughout Kentucky will accept online and paper applications until 4 p.m. local time on the deadline. Mail-in voter registration applications must be postmarked by October 7, 2019.

To be eligible to vote, Kentuckians must:

Voters who have recently moved need to update their voter registration information by no later than October 7, 2019.

Voters may check their current registration status and where they vote at GoVoteKY.com. For questions, contact your county clerk or the State Board of Elections at (502) 573-7100.

Ahead of next year’s presidential election, Kentucky is among three states holding elections for governor. National political observers are carefully watching the 2019 contests in Kentucky, Mississippi and Louisiana for any signs of what they may say about the 2020 national race.

Yet for Kentucky’s electric cooperatives, the off-year election is more than just a barometer of a larger national picture. On November 5, Kentucky voters will elect the commonwealth’s constitutional officers for the next four-year term, and co-ops are again stressing the importance of voting to rural citizens.

“They might call it an ‘off-year election,’ but we are on mission to remind rural voters that they need to stand up for local communities and issues,” says Chris Perry, president of Kentucky Electric Cooperatives. “That’s why Kentucky co-ops enthusiastically support the Co-ops Vote program.”

In addition to advocating for issues that affect the ability of Kentucky’s electric cooperatives to deliver safe, reliable and affordable electricity, co-ops are also leading the drive for more voter participation in the rural areas they serve.

In the most recent gubernatorial election in 2015, Kentucky’s statewide voter turnout was only 30.6 percent. Sixty-six of Kentucky’s 120 counties failed to reach 30% voter turnout, mostly in rural areas.

The following year, the Co-ops Vote campaign began, aiming to reverse the downward trend in rural voting. In the 2016 presidential election, rural voter turnout in Kentucky accounted for an increase of about 85,000 voters between 2012 and 2016.

Despite the increase in the number of voters in 2016, Kentucky’s voter turnout as a percentage of registered voters slightly decreased, down one percentage point compared to 2012, from about 60 percent in 2012 to 59 percent in 2016.

“If rural Kentuckians want elected leaders to pay attention to their concerns, voting is the most effective method,” says Chris Perry, president of Kentucky Electric Cooperatives. “I encourage all Kentuckians to join me in making the commitment to vote.”

Anyone who can vote, no matter where you live or whether you are a co-op member, can participate in the non-partisan Co-ops Vote and take advantage of its voter resources. Just visit www.vote.coop and take the pledge to vote in this year’s elections. Once you’ve registered, you’ll have access to information on registering to vote, where to vote, and background on all the candidates.

“The communities and rural areas served by co-ops are facing challenges that require attention and respect,” Perry says. “It’s easy to attack rural electric cooperatives. We are paying attention to see who gives co-ops and their members a fair shake in Frankfort.”