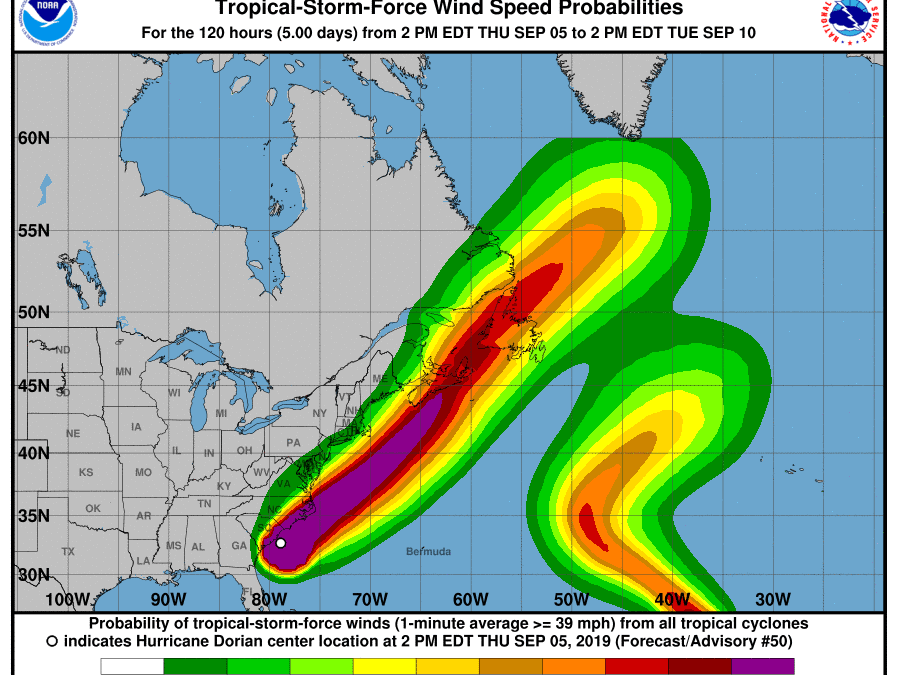 (September 5) – More than 100 Kentucky electric cooperative lineworkers are now in South Carolina and North Carolina to help restore power after Hurricane Dorian. Originally assigned to sister co-ops in Georgia, the crews adjusted their deployment with the storm’s trajectory.

Though downgraded to a Category 2 hurricane, Dorian is still packing a powerful punch for the Carolinas with flooding from both the storm surge and heavy rain, high winds and tornadoes. On Thursday night, hurricane-force winds were reported in South Carolina with some damage more than 50 miles inland.

Meanwhile, crews from five other Kentucky co-ops are assigned to sister co-ops in South Carolina: Black River EC in Sumter and Coastal EC in Waterboro.

“The Kentucky co-op crews who are on the ground in the Carolinas are making Kentucky proud,” said Chris Perry, president and CEO of Kentucky Electric Cooperatives. “One of our cooperative principles is ‘Cooperation among Cooperatives,’ and this mutual aid effort takes that cooperation to a whole other level. These men face very challenging conditions. We are praying for their safety and the well-being of everyone in Dorian’s path.”