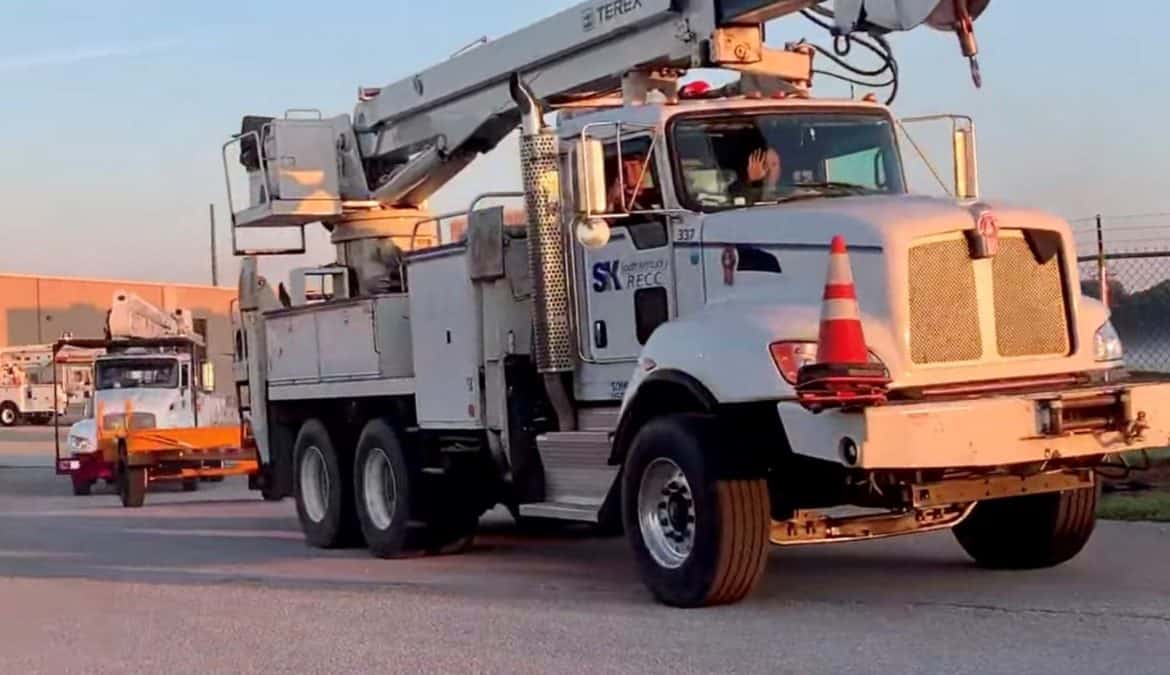 More than 100 lineworkers from at least 13 electric cooperatives in Kentucky are preparing to assist sister co-ops restore power after the hurricane passes. Strong winds, heavy rain and flooding are expected in coastal Georgia where Governor Brian Kemp has declared a state of emergency for 12 southeast Georgia counties.

Citing the magnitude of Dorian as an “historic” storm, Kemp warns of downed trees, power lines, debris and flooding. Storm surge is a major threat to the Georgia coastline as Dorian moves north. The National Hurricane Center predicts it could reach 4 to 7 feet by Tuesday night into Wednesday morning.

“We are so proud of these co-op crews,” said Chris Perry, president and CEO of Kentucky Electric Cooperatives. “These linemen have stepped up to help without even knowing exactly where they will end up. But for as unpredictable as Hurricane Dorian’s path has been, our safety team will be deliberate and careful as these crews are deployed.”

“Cooperation among cooperatives is one of our guiding principles,” said Clarence Greene, Safety and Loss Prevention Director at Kentucky Electric Cooperatives. “It’s long hours in challenging conditions, but lineworkers are wired to help people, and mutual aid deployments also provide invaluable training opportunities so these crews will be better prepared to respond to storm damage when it happens here at home.”

In addition, Louisville-based United Utility Supply Cooperative is responding to Dorian by implementing its storm emergency plan and providing round-the-clock support to meet the material needs of affected co-ops. UUS has continued to make pre-storm deliveries to cooperatives in the region and is prepared to meet their needs once storm assessments are complete. UUS has also reached out to other cooperatively owned material suppliers with assurance it stands ready to assist, if needed.