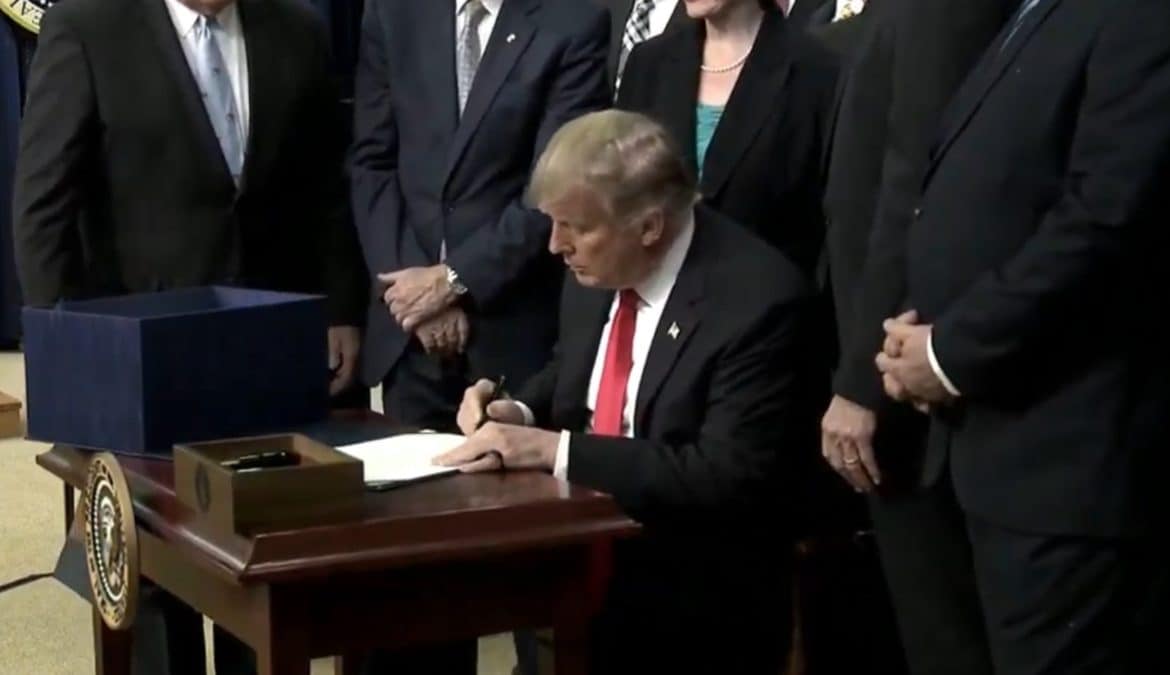 Louisville, Ky. (December 20, 2018) – Kentucky’s electric cooperatives applaud today’s signing of the 2018 Farm Bill by President Donald Trump which will advance the interests of rural America. Kentucky’s 26 electric cooperatives serve 1.5 million Kentuckians in 117 counties and are committed to improving the quality of life for their consumer-members, most of which live in rural portions of the state.

Kentucky Electric Cooperatives President and CEO Chris Perry expressed gratitude to the Members of Congress who advocated for Kentuckians in the Farm Bill, in particular Senate Majority Leader Mitch McConnell and Congressman James Comer who both served on the Farm Bill Conference Committee.

“We appreciate Leader McConnell and Congressman Comer tirelessly advocating for rural Kentuckians in the compromise Farm Bill,” Perry said. “The legislation signed by President Trump today includes strong rural development provisions that will allow co-ops to continue our mission, to keep rates affordable and operate as engines of economic development in rural areas that need it the most.”

The bill also modifies guidelines of the escrow accounts co-ops maintain with the USDA’s Rural Utilities Service. Perry credited advocacy by McConnell and Comer for compromise language that creates a manageable transition to a different structure for this important program.

“Thanks to Leader McConnell and Congressman Comer, the Farm Bill includes compromise language to protect how co-ops interact with the Rural Utilities Service. This will help Kentucky co-ops keep rates affordable while continuing to invest in modernizing the electric grid,” Perry said.