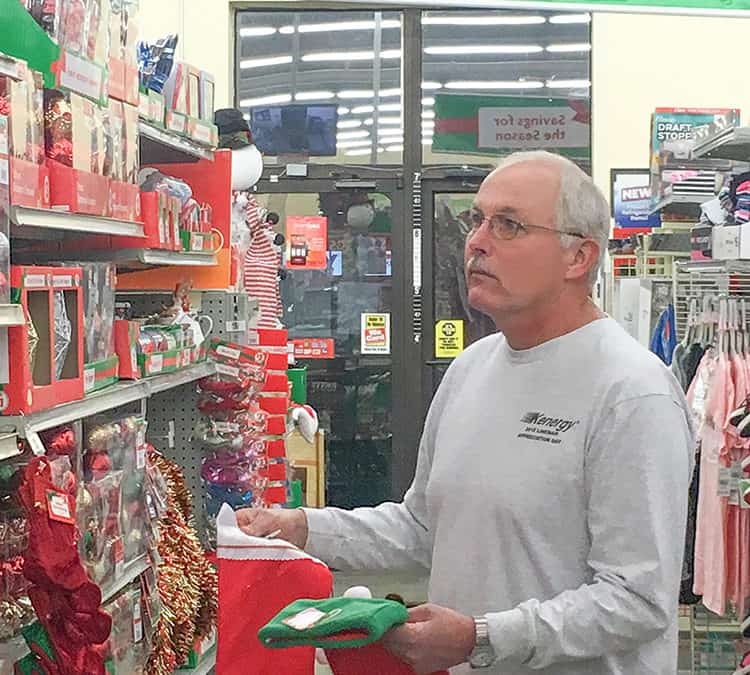 Traditions are an essential part of the holidays, and that is certainly true at the Pendergraft home in Henderson.

Each Thanksgiving the Pendergrafts savor a big meal and then pull out their lists. It’s time to go shopping—for some 600 children.

Larry Pendergraft, his brother Richard and their siblings are the heart of the Henderson Goodfellows, a local organization that for 57 years has provided children with clothes, toys and a party to celebrate Christmas.

They get the names of needy children from local schools and the money to care for their needs from local people—mostly in the form of $5, $10 and $20 donations, which “although small, really add up,” according to Larry.

“When I was very young, a little girl was sitting on the steps of the school crying because she had never gotten anything from Santa,” Larry recalls. “I was able to pick out a tea set from our stock and give it to her. I’ve never forgotten how happy it made her.”

Larry has joined in every holiday season since, raising funds then making Christmas dreams come true for local children ages 4-11.

Before the days of 911 in Fleming County, the community of Ewing had a phone tree for emergencies. One person called the next until everyone got the information. Young boys such as Grover Money grew into men by watching their forefathers collectively handle emergencies. They saw lives rescued and homes saved from ruin.

When he matured, Money began volunteering for the Ewing Volunteer Fire Department, and at 61, he is still a volunteer firefighter.

“Nationwide, 85 or 95 percent of firefighters are volunteers,” notes Money. “We are the first line of help available. Saving someone’s life is the No. 1 priority, and saving property is second. Many of our neighbors don’t have insurance, so it is rewarding to save their belongings as well.”

Money is also in the business of saving lives in his job for Fleming-Mason Energy. He has worked at the co-op since May 2, 1977, currently as the safety coordinator and staking engineer.

Money’s work ethic and volunteer spirit will live on another generation. Son Sam, 28, is a professional firefighter with Florence Fire EMS and also volunteers in Ewing with his dad.