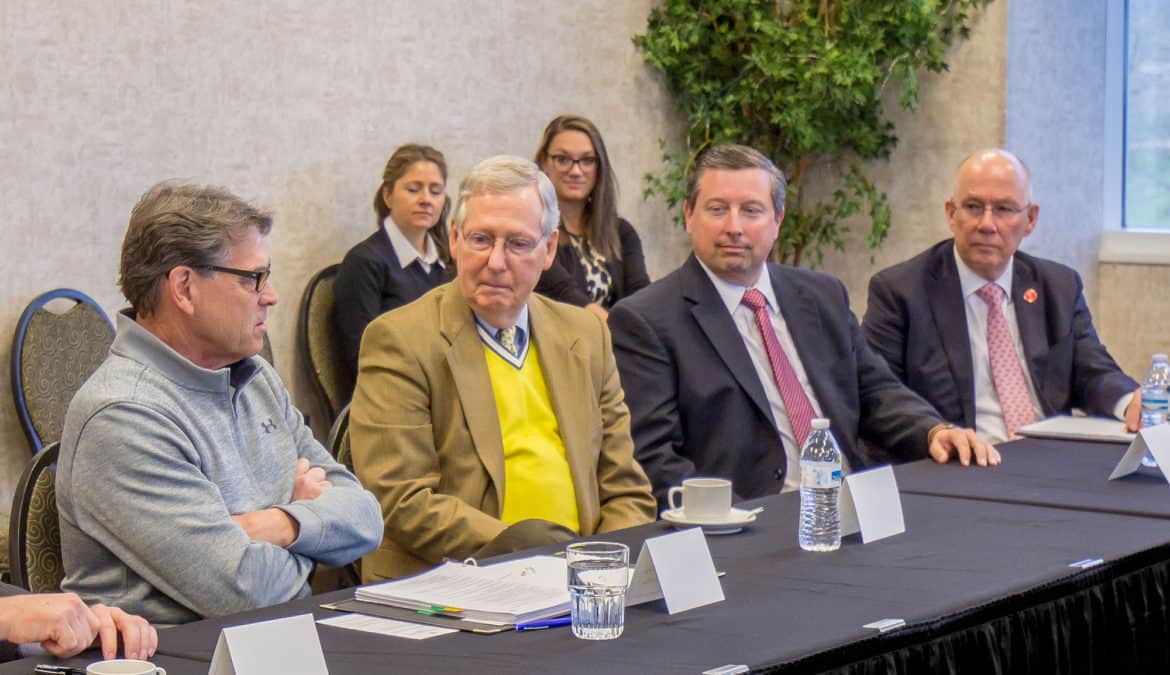 HOPKINSVILLE, Ky – In a roundtable discussion with U.S. Energy Secretary Rick Perry in Hopkinsville, leaders from Kentucky’s electric cooperatives stressed matters of concern to co-ops while thanking Perry for his leadership on several key issues.

A guest of Kentucky’s senior senator, Senate Majority Leader Mitch McConnell, Perry reiterated his commitment to the reliability of America’s energy system while addressing specific concerns of about 15 energy leaders from Kentucky.

The private hour long roundtable discussion also included representatives from other utilities, fuel producers, the oil and gas industry and education. Afterword, McConnell and Perry addressed a luncheon hosted by the Christian County Chamber of Commerce.

At that event, Perry noted that a “fair and predictable” regulatory climate is a key ingredient to a successful economy.  Stressing innovation, Perry celebrated advances in domestic energy production, citing recent increases in coal use and his upcoming trip to India to discuss U.S. energy exports.