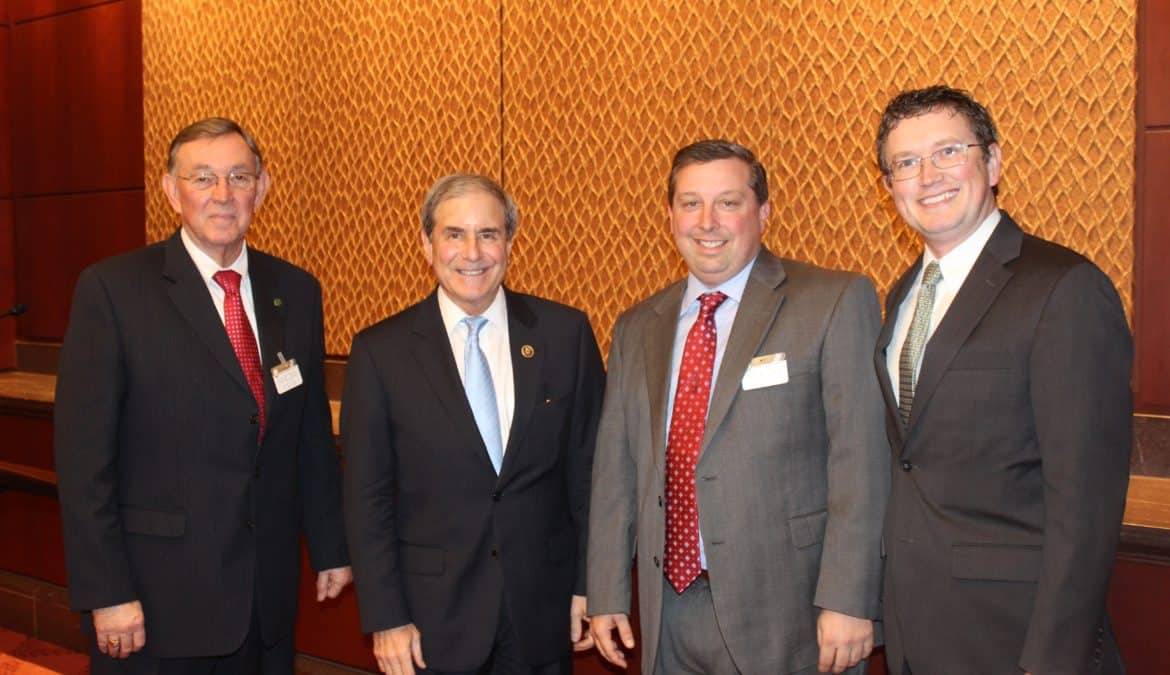 Saluted as a “true cooperative leader,” KAEC Board Chairman David Kimbell ended his two year term at the helm of the Kentucky statewide board at the board’s December meeting in Louisville.

KAEC President and CEO Chris Perry presented Kimbell, a board member at Gibson Electric, with an electric lineman statue symbolic of Kimbell’s commitment to the state’s electric cooperative program.

“By continuing to serve KAEC even while making big decisions for his home cooperative when Hickman-Fulton RECC merged with Gibson Electric, David put the best interests of the co-op forward and helped forge a new direction for the statewide association at a pivotal time in our history,” Perry said.