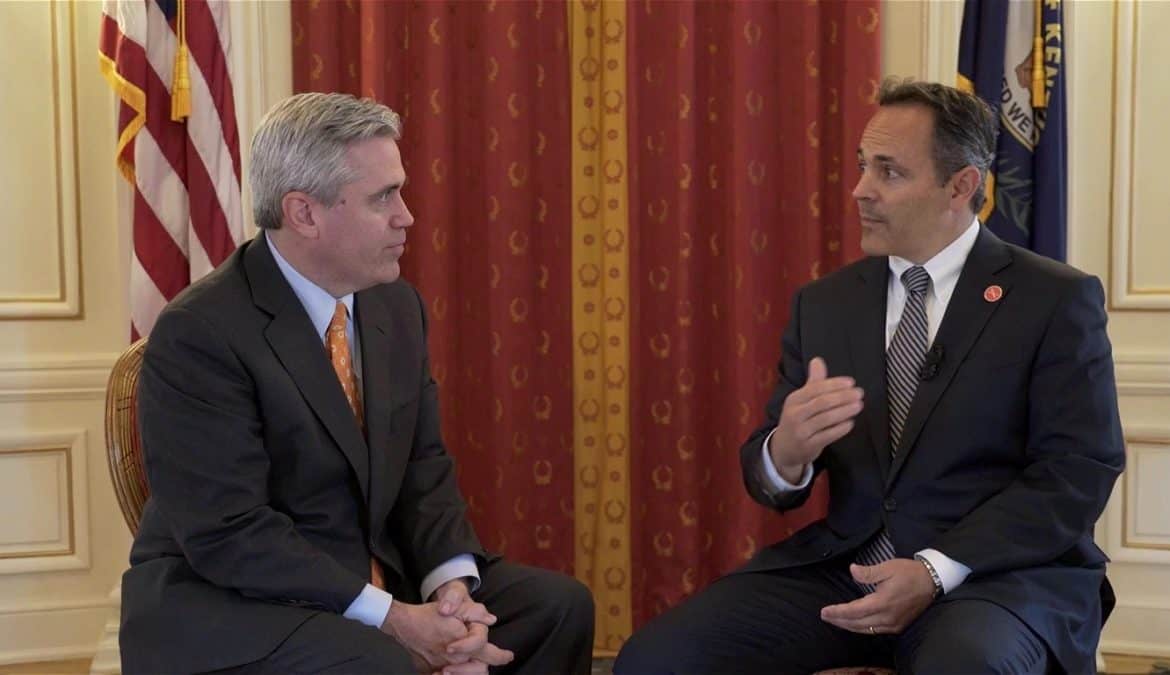 FRANKFORT, Ky – Governor Matt Bevin tells Kentucky Living he will call a special session of the Kentucky General Assembly “soon” to vote on his plan to save and overhaul the commonwealth’s beleaguered public pension systems.

“I really want to make sure people have in their hands the actual details they need, the legislators in particular, the people who are voting on it,” Bevin said in an interview at the Governor’s Mansion.

“We are at the front edge of trying to come up with a solution,” Bevin told Kentucky Living. “And I believe that what we’ve put forward, while it will take 30 years, it will get us out of the other end of the tunnel and it will become a model for other states to follow because they really don’t have an alternative.”

Kentucky’s $64 billion unfunded pension liability ranks as the worst funded system in the nation. Experts cited by the Bevin administration conclude that the Kentucky Employee Retirement System, Non-Hazardous, will run completely out of money by the year 2022 if meaningful pension reform does not occur.

“If we allow that hole to become so deep that we are ultimately forced by some lawsuit to fill it, it will come at the expense of everything else that people want,” Bevin explained, “which is why it has to be addressed before we become in a crisis mode.”

Kentucky’s credit rating is continuously downgraded because of the shortfall, Bevin added, making it more difficult to borrow money and undermining efforts to recruit businesses to Kentucky.

“If this was a private pension plan, the federal government, by IRS statute, by law, would have shut them down years ago,” the governor said. “We are in horrific shape.”

Asked about concerns of teachers and school superintendents about how the pension changes would affect educators and the education system, Bevin insisted there is “very little sacrifice for those in the system.”

“And for those not yet in the system,” Bevin continued, “they shouldn’t have an assumption of what’s going to be available for them.”

“This is a big problem for the entire state,” Bevin said, “and for any one group, any one interest or organization to think that they should be untouched and everyone else should pay the sacrifice, I think is inappropriate.”

The pending pension changes could be a prelude to yet another special session of the legislature to address another pressing issue for Kentucky, tax reform.

“Possibly. We’ll see,” Bevin replied. “If we can’t get tax reform done as part of this budget session, and we may or not be able to, it may or may not make sense, then, yes, I would do another special session to address that because we’ve got to update and modernize our tax code. It’s very antiquated. It’s counter-productive, we exempt more monies than we take in, everybody knows that, as well.”

The governor said he is up for the challenge, and that anyone else in elected office should be, as well.

“I’m at the parade too, but I’m the guy with the shovel behind the elephant,” Bevin said. “While everyone’s enjoying the show, my job and that of our current legislature is to clean up the mess for those that have preceded us. We’re going to clean it up and we’re going to make Kentucky shine.”