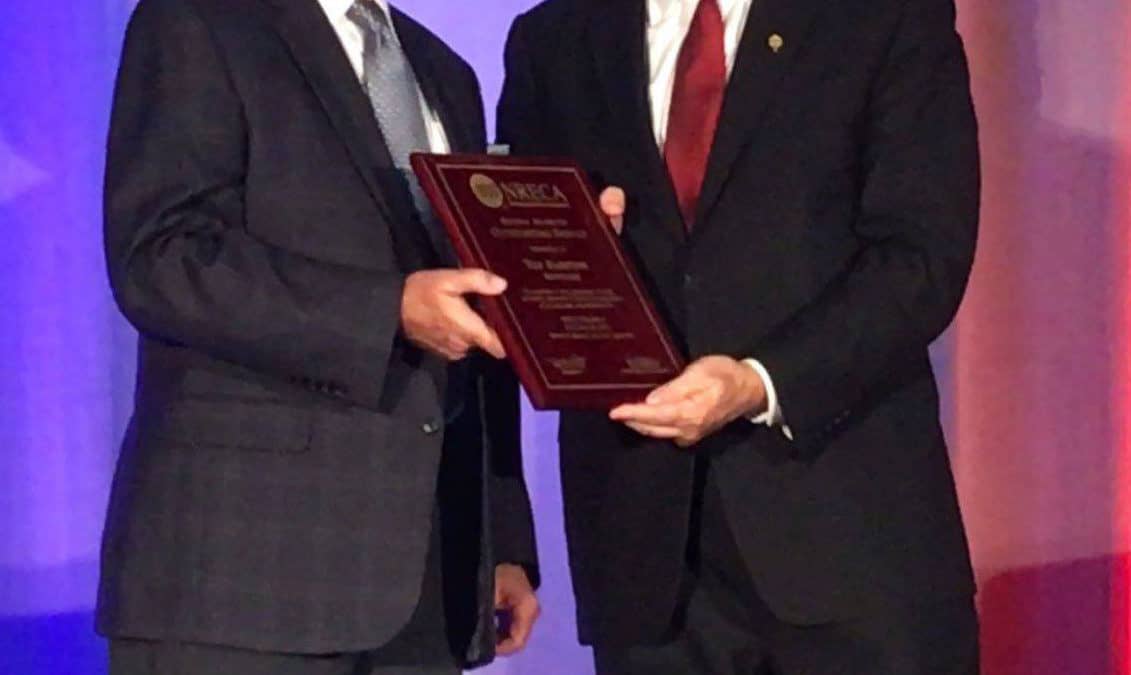 “My career has afforded me the opportunity to meet many electric cooperative leaders, and I would put Mr. Hampton in the elite class of these cooperative leaders,” said East Kentucky Power Cooperative CEO Tony Campbell, who nominated Mr. Hampton and attended the award ceremony. “Over the past eight years, Mr. Hampton has been gracious enough to spend a significant amount of his time mentoring me, and I believe his coaching has made me a much more effective leader.”